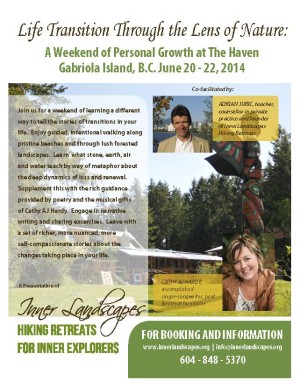 By Adrian Juric. Adrian and Cathy AJ Hardy will be leading Life Transition Through The Lense of Nature at The Haven, June 20–22.

Spring is always a time of heady excitement at the elementary schools where I work as a counselor.  Students grow euphoric when thinking about the freedom and adventure that summer will bring, and as the end of the school year approaches they can focus on little else.

But while spring is certainly a time of eager anticipation, it is also, for older students in particular, a time of disturbing revelation.  Many are dismayed by the sudden realization that they have outgrown friendships they thought they would always have.   Favorite pastimes and haunts no longer have the appeal they used to.   Old nicknames, like old clothes, suddenly feel tight and ill fitting.  “When did this all happen?” one sixth-grader wondered aloud.   “When did everything get weird?”

These feelings of disorientation are easy enough for adults to recognize as signs of approaching adolescence. We smile knowingly, and offer gentle platitudes about how all of this is normal – how ‘this too shall pass.’  But we often forget that we, too, are moving along the same curve of transformation.

The Curve of Transformation

We all know a person like this.  A friend, relative, or colleague who has invested years – sometimes decades – painstakingly crafting a personal or professional identity.   They put great stock in their identity as a mother, fundraiser, teacher, or litigator.   It provides important security and standing in the world, and they inhabit this identity so thoroughly and so completely that they find it difficult to think of themselves in any other terms.

At the same time, though, we sometimes sense that some vital part of this person is no longer present.  Some essential part has gone missing —  has ‘left the building’ —  and departed for some hidden unknown.   They may deny this.   They may insist that nothing has changed, that they are as engaged and committed to the cause as ever.  But our intuition – and their body language — suggests otherwise.   Deep down, we feel as though the person is haunting a life they’ve somehow already left behind.

What has happened, says poet David Whyte, is that they have begun to move down the ‘curve of their transformation’. Unbeknownst to them, some secret part of them has already taken a compass bearing and chosen to disappear down some interior road, towards a new horizon that is large enough to accommodate an expanded self that is asking to be born.   This is usually an unwelcome journey, one the old identity resists taking, says Jungian analyst Murray Stein.[i]  Not only does it mean the death of a secure way of being:

“…a person’s sense of direction forward is beclouded and obscured during liminality; life’s pathways to the future appear to be unmarked and even uncharted, and the future itself seems unimaginable in every conceivable direction.”

Nevertheless, it is a journey one must take if a more robust form of identity is to emerge.   It is a departure that must occur if a new Self is to be born.  If it does not, urges poet John O’Donohue, a person may “linger for years in spaces that are too small and shabby for the grandeur of their spirit.”[ii]

Examples of this principle abound in the natural world.  The chambered Nautilus, for example, is an ocean cephalopod that builds a spiral-shaped shell for a home.   Growing constantly, it can never remain long in the chamber it is in.  Nor can it return to previous ones; they no longer fit.   Instead, the Nautilus is forced constantly to create a new chamber for itself to live in.   And in so doing, it is constantly arranging for its own disappearance in the world.

Whether in the human or natural world, there is a necessary seasonality to all things.  Identities are always in flux; ‘selves are always ‘selving’’, as James Hollis says, whether physically or metaphorically.    What we need to remember to tell ourselves and others during this uncomfortable process is that it is a normal one.   It is an integral part of growth, guided by forces we must learn to trust rather than fear.

So that the basic questions we have to ask ourselves are not, “How do I stop this?”, “How do I get my old life back?”  They are: “Where am I on the curve of my transformation?” and, “What has already happened in my life that I need to catch up with?”

Adrian Juric, CCC, is a psychotherapist in private practice (www.cedarpathcounselling.com).  He leads lodge-based wilderness retreats that use poetry and hiking to help people understand transitions occurring in their lives.   See www.innerlandscapes.org.

By Susan Clarke I am on my way home from the annual Faculty meeting at The Haven.  It is a long trip with added frustration this year due…

Vancouver lawyer, David Boulding recently spoke to Stark Raven Media Collective about Fetal Alcohol and its relationship to the criminal justice system. Prison, he says, is the last… 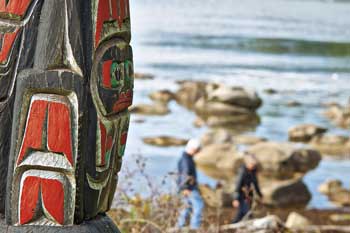 By Rachel Davey I always read the articles coming from The 99 Percent with interest. I was struck reading one recently that lists 8 Counter-Intuitive Ways to Improve… 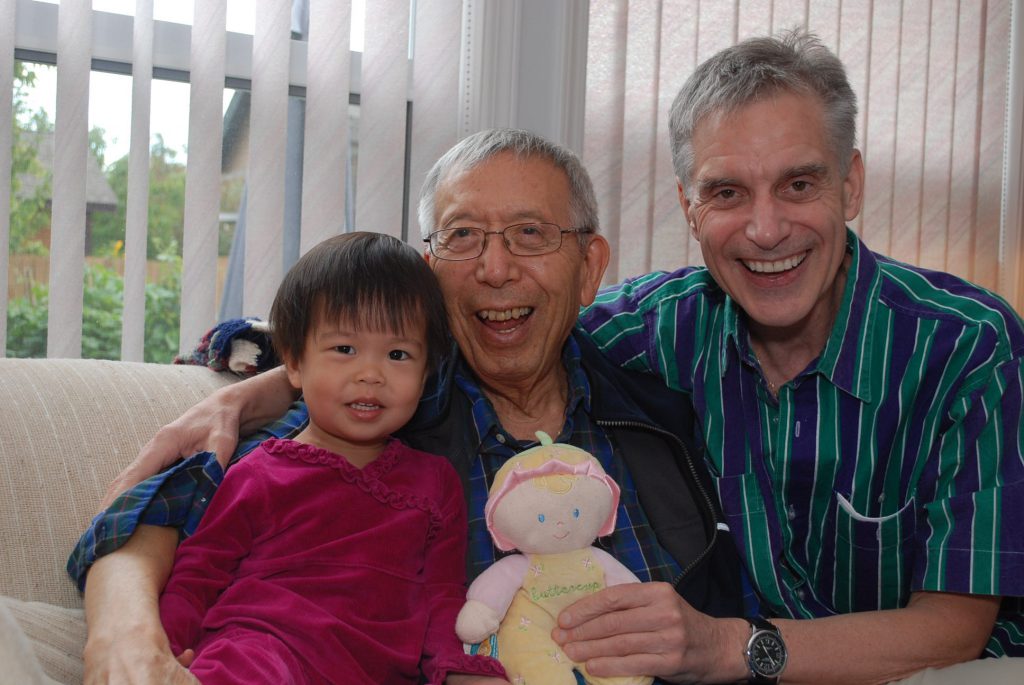 By Bennet Wong and Jock McKeen Being: A Manual for Life and Joining: The Relationship Garden are now available for sale at The Haven. In this article Ben… 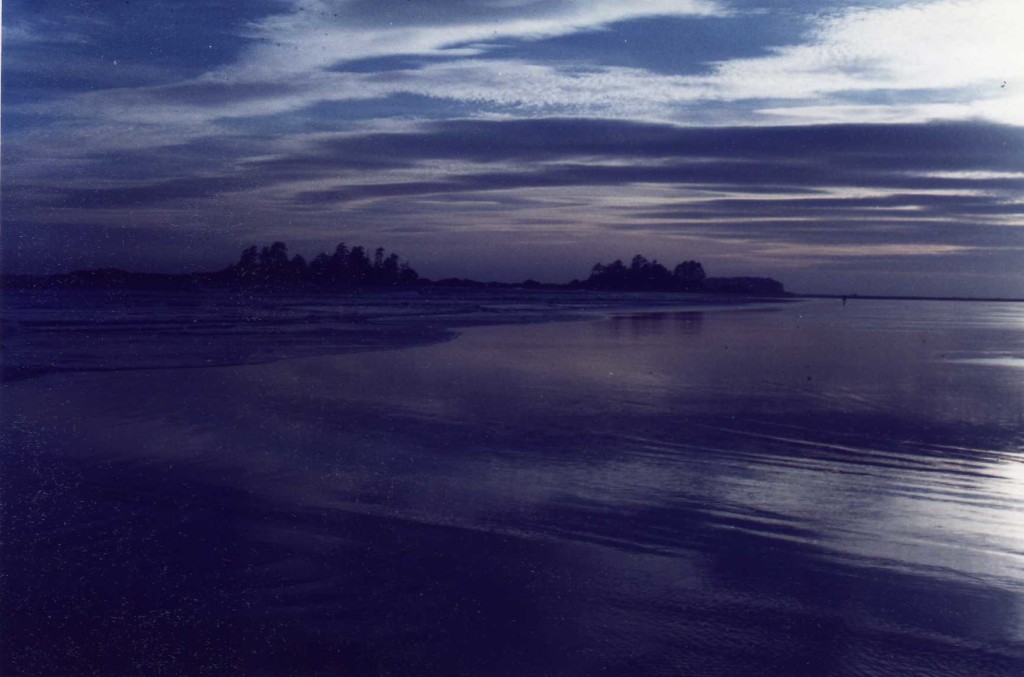