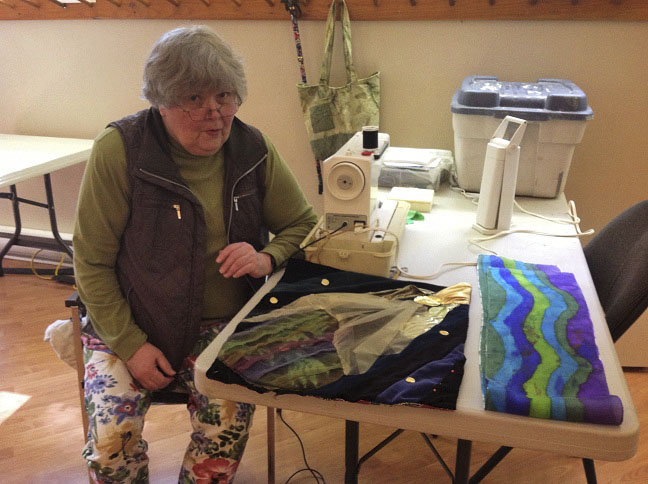 Davey writes: Our friend Sylvia Edlund died in hospital in Nanaimo yesterday, Tuesday November 11. Sylvia had been in hospital for a while with many different health challenges, and in the end succumbed to an infection. She was peaceful and comfortable in her last days.

Sylvia was known by many at The Haven for all the ways she involved herself in many different things, despite facing great obstacles. She graduated with her Diploma in Counselling in 2002. She came to The Haven every year in May and spent her summer with us. I always said to her that I knew that summer was coming when she arrived. She loved participating in programs, especially Healing Stitches and more recently Eric Bibb’s Spirit in the Song workshop. She created some remarkable costumes for Dance and Games for Kids/Kids in the Spotlight. She always gave feedback on what she liked and what she didn’t like about what was happening at The Haven, in her own very special, direct and loving way. She connected with people, in spite of all the things that made that difficult for her.

Sylvia wrote the article below for Shen in 1997 – it’s a remarkable story of courage, and I urge you to read it.

The photo, taken during Healing Stitches in 2013, captures her perfectly. She never liked having her photo taken, as you can perhaps tell, but she did love Healing Stitches and, according to Mary Holdgrafer, those floral pants were her favourite!

One year ago I came to Haven hoping to learn better ways of coping with severe short-term memory loss, which resulted from a ruptured appendix and peritonitis over two years earlier. Although I was glad to be alive, this disability was particularly scary, for I had always relied on my brain to overcome obstacles created by illness. But I could not think myself out of this current dilemma.

I was preoccupied with my brain malfunctions at the beginning of Phase I. However, the most obvious characteristics the leaders noticed were my rigid, curled posture, limited range of motion, my large body size and a thick and gristly occipital ridge from ear to ear at the base of my skull. I knew about all of these but since they produced no pain or obvious disability and had been with me a long time I did not consider them important – just part of the package that was me.

Within minutes of starting Jock’s ‘Quick Prick’ acupuncture treatment I noticed changes. The most amusing was a sudden and lasting aversion to pork and then to most meat. I also experienced pulsing sensations up and down my spine and tingling down to my fingers and toes. More annoying symptoms included mild to moderate pain in various joints, muscles and organs. I went from being pain-free to being stiffer, sore and limping. I also experienced weird infant phantom-leg pains.

I was recalling episodes of being choked, kicked, punched, swarmed and humiliated. The pains related to injuries from my childhood, which was characterized by severe physical, sexual, and emotional abuse. I had been wishboned at 9 months (femurs ripped out of their sockets and tendons ripped off the pelvis). After that injury I stopped speaking or making sounds for 8 years. At two I was diagnosed as retarded and then at age five as autistic. I was also physically ill through much of my childhood – bruises of tissues and organs, major fractures of arms, legs, hands, feet, ribs, and skull, as well as asthma, infectious diseases such as scarlet fever and rheumatic fever, and then crippling arthritis.

None of these recurrent physical symptoms was a surprise, for I had spent years in counseling dealing with emotions of those times, and had thought I had cleared most emotional blocks. Most physical symptoms had abated after I got away from home. I slowly learned social skills, and I lived an active, nearly pain-free life as a research scientist specializing in the mapping of arctic plant communities for 24 years. However I hadn’t fully acknowledged a lot of the physical pain of those earlier traumas.

If I had fully experienced some of the severest traumas when they happened, I probably would have died or gone insane. But for some reason my spirit insisted that my body survive, and I willed myself to live. I learned to become a master at pain avoidance. From earliest times, I quickly left my body during painful episodes – often hovering over my body as it was abused, or more often simply leaving my body to go to a beautiful natural place where I played, became the plant or animal of my choice, and felt fully loved and cared for by Earth. No wonder I was considered autistic! I was not often in my body! Until I was an adult, I thought everyone had such out of the body experiences as part of life. I had so many near-death experiences that I no longer fear death. I instead feared the pain associated with living in my body and would exit whenever confronted by pain.

Sometimes I did choose to be in my body as a child. It was necessary when I wanted to escape to a safer place or wanted to enjoy kind touches from neighbors or to shmooze my animal pals. Most of the time I winterized my body and went to live in my head. I developed self-splinting techniques which minimized pain. I froze the injured area by holding it as still as possible. Unfortunately I didn’t unsplint the injured parts after they physically healed and these effects were cumulative. As an adult I have jokingly referred to my typical motion as basic “no frills” movement. I had slowly and unawarely decreased my range of motion. It is no wonder that I had such a rigid posture at 50. I had also learned to temper grief and anger as well as physical pain by wrapping organs and injured areas within layers of fat, like bubble pack.

Near the end of Phase I, Ben, Jock and Joann assisted in getting me fully back in my body. It was a terrifying, painful experience. It seemed like trying to reoccupy a dusty, cobweb-filled abandoned house with only the attic habitable. But soon afterwards the pains that plagued me through Phase I abated. I spent the next 5 months at home learning to more fully occupy my body, to stay in it for longer periods, and learn its signals. I found I flitted out of it when scared or startled, but I found ways to return quickly. My memory problems had not changed, but they did not seem so important.

At Phase II, Catherine Fallis selected me to demonstrate a technique during a body movement session. I thought she was foolish to choose someone so stiff, but I was willing to try. She simply asked me to let my body move however it wished. This was a new concept. Did my physical body have wishes beyond my conscious thoughts? I just shut down my conscious control, and soon started to move in unfamiliar ways. My feet were rooted to the floor, and I found myself heavily into grief: moaning and keening, crouching and straightening, and extending my arms and wrapping them around myself, gracefully moving in ways I had never experienced before. Catherine later said that these were such archetypal movements that it gave her chills to watch. At the end, I was sore, but had much more range of motion. I could bend and twist, squat and rotate my shoulders as never before. Later I was videoed with Jock as he led me through my first improvisational dance session. I am glad to have that video for it captures the wonder and joy of the occasion.

Obviously movement was a major missing part of my healing process. I now walk with a spring in my step and I even bound up stairs, sometimes! I have kept up a regime of improvisational dance for 45–60 minutes a day – to music of my choice. During these sessions I naturally breathe deeply throughout. I can not perform similar motions on conscious command and experience stiffness and pain when I try. Learning formal exercise routines and dance steps has not been successful. This inability to learn routines may be related to short-term memory loss. But when I let my body move as it wishes, I continually surprise myself with the range of movement that I can do and my endurance. Musical accompaniment is necessary for the fullest range of motion and grace.

I am still very naive about what to expect from my body. I am disconcerted at how frequently my body stiffens when I sit too long or how sore it gets when I overexert. Fears of returning to the old rigidities regularly surface. But my massage therapist Susan Glass and several professional dancers soon reassured me that such temporary stiffness and soreness are part of the human experience. I do realize that all joints are much looser, and anytime I notice stiffness or pain, I can put on music and dance. Within a few minutes the discomfort disappears.

So what about my current dilemma? It seems to be part of a violent course correction. Complications of the ruptured appendix have forced me to leave a work situation that I should have bowed out of several years earlier, but had not heeded earlier warning signs. It has also slammed and locked the door behind me. I can not return to old ways. I am now learning to pay closer attention to my body signals. Right now the pleasure I get from improv dance is the primary motivation for trying to fully occupy my body. I have faith that as I become better at reading bodily signals the new directions for my life will emerge. In the meantime, “Let’s face the music and dance!”

Jack Choules is a member of The Haven staff, working in the maintenance department. Here he writes about his experience of Joanna Macy’s recent workshop at The Haven…. 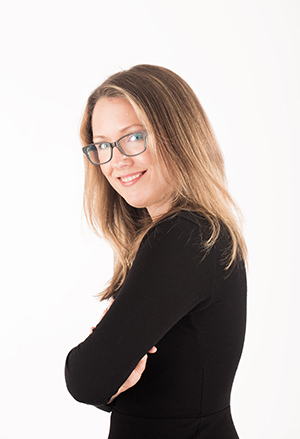 By Don Hutton February 14, 2012 … It’s been exactly one year today since my partner and I started the new Couples Alive series of workshops at The… 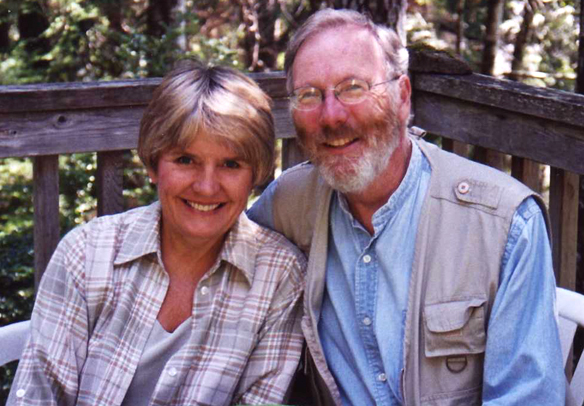 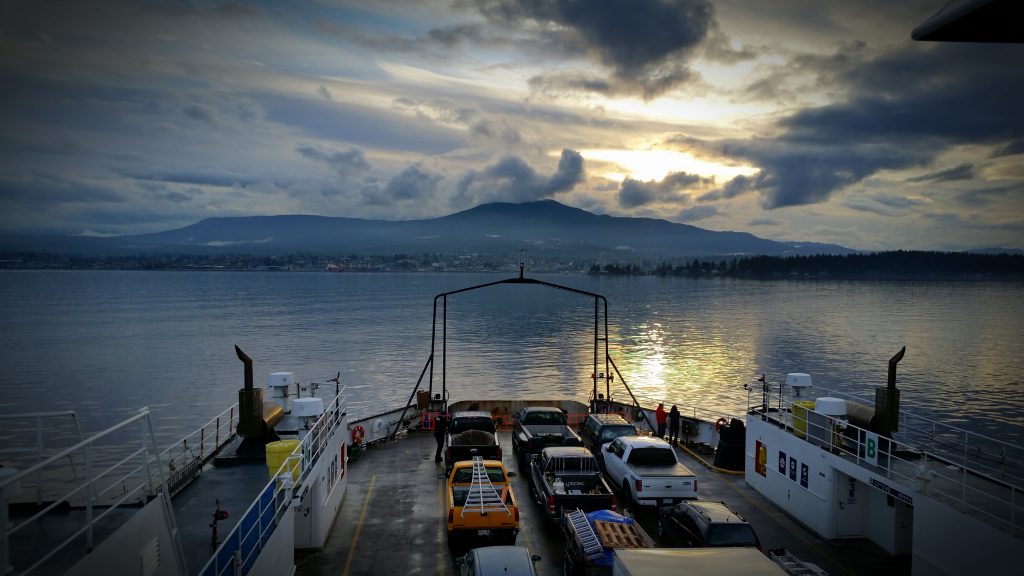 By Justin Kautz Week two has come and gone with more beautiful weather, plenty of performance opportunities and Alpacas. And the odd missed turn leading to extra scenic… 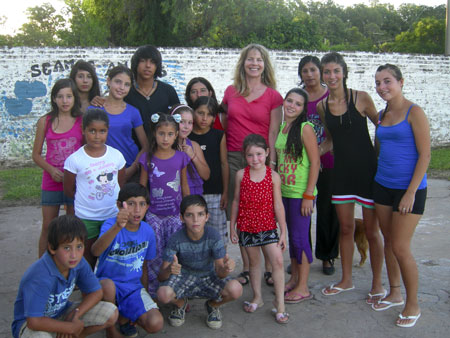 Haven Core Faculty member Cathy Wilder writes: I have been moved to write this piece after conversations with Rachel Davey and Denise Goldbeck where I have learned much…